Check out the latest Interaction Engineering team projects of last semester under interaction.hs-augsburg.de/projects.

15 students from all over the world with different backgrounds (computing, design, business, …) successfully completed the course and submitted a finished prototype. This year a number of projects dealt with reachability on mobile devices but we also saw gestural, touch and gaze interaction, one virtual reality project and interaction with a musical instrument.

Congratulations to all students for their excellent outcomes!

Another round of fascinating  interaction engineering projects is completed. In this interdisciplinary course (computer science and design, Bachelor and Master students), we think up potential future human-computer interaction techniques based on current research publications.

This year we had 14 completed projects by 27 students. A new record after 12 projects of last year. Projects include interaction by gesture, full body, eye gaze, face, tangible object, Hololens and trampoline! We even had a Lego robot.

Check out all projects (video, report, slides) under 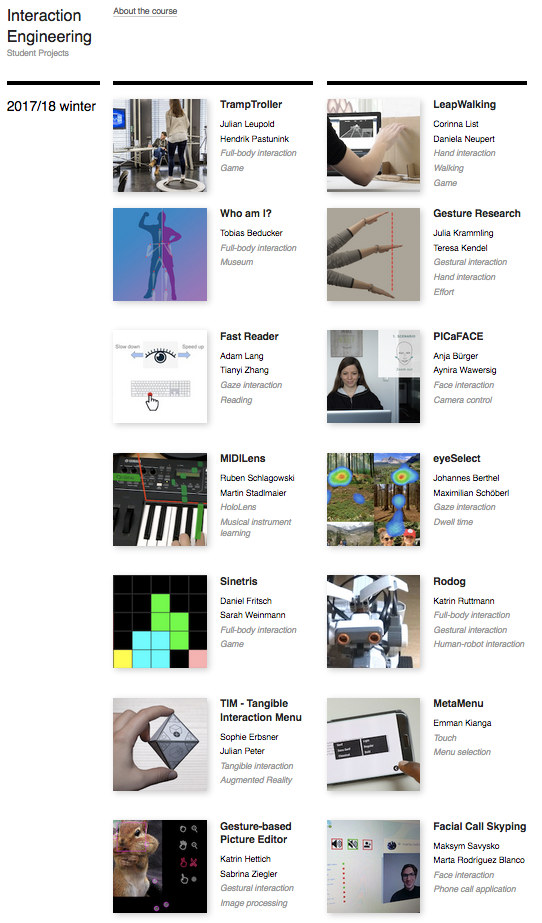 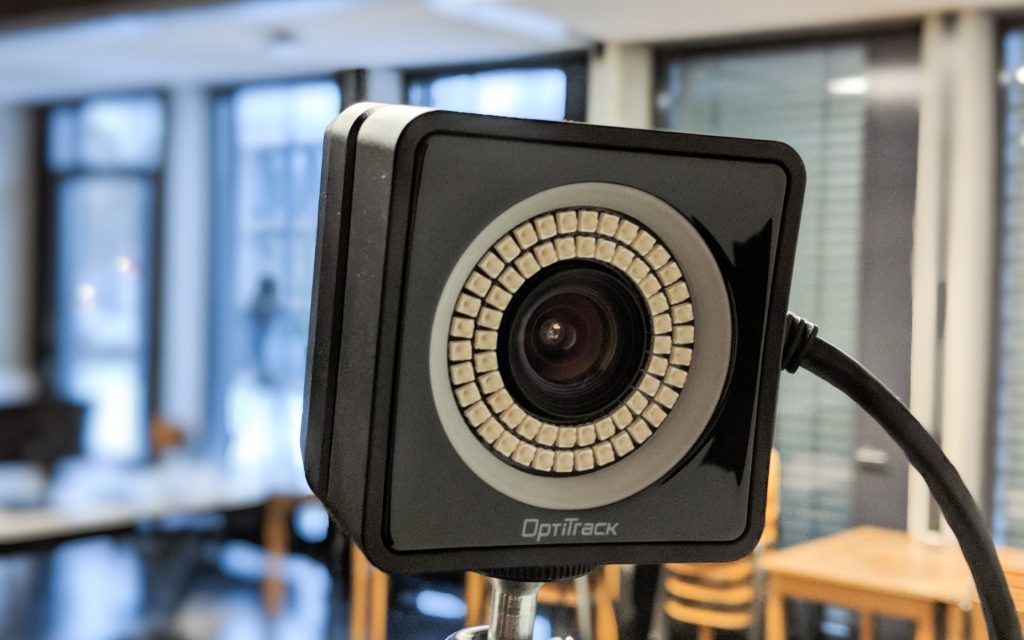 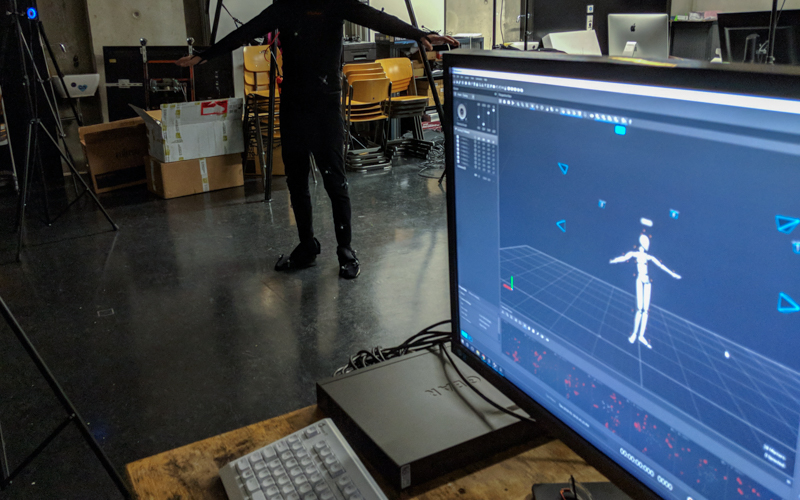 Update: I decided to return the monitor because the latency was too high. Latency is the time that passes between moving your finger and seeing a reaction on screen. This was somewhere between 150 and 180ms which made the device unusable for research purposes.

Please welcome our latest addition to our Interaction Lab at Augsburg University of Applied Sciences, a 84″ multitouch display with a motorized stand which can be transformed into a table, a tilted table and a wall. 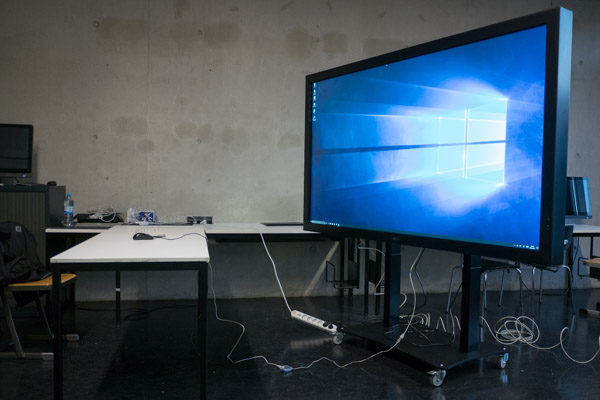 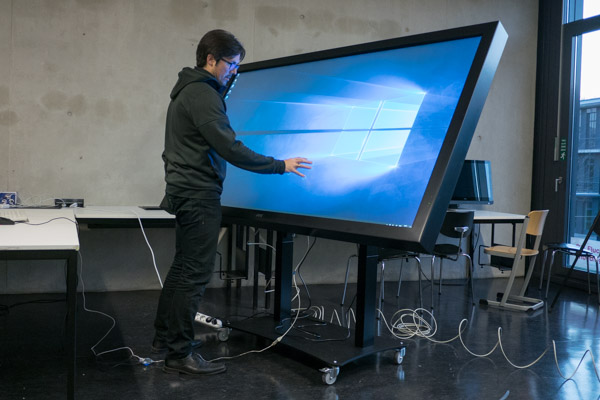 We intend to investigate the question of how efficiency and ergonomics of multitouch interaction can be measured to compare various input modalities (mouse, controller, gesture, touch). See the publications below to get an idea of our goals and methods. The new display allows to extend our previous work to large display sizes and multi-party scenarios. 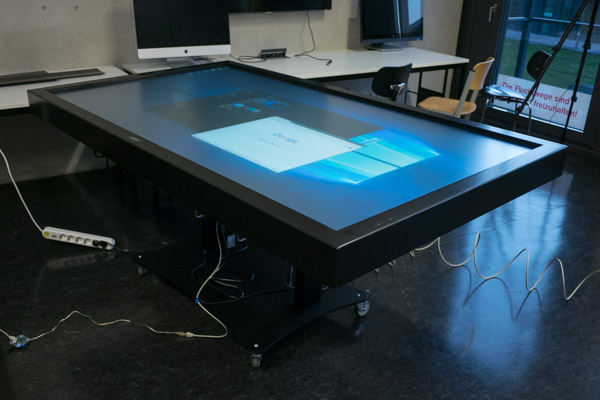 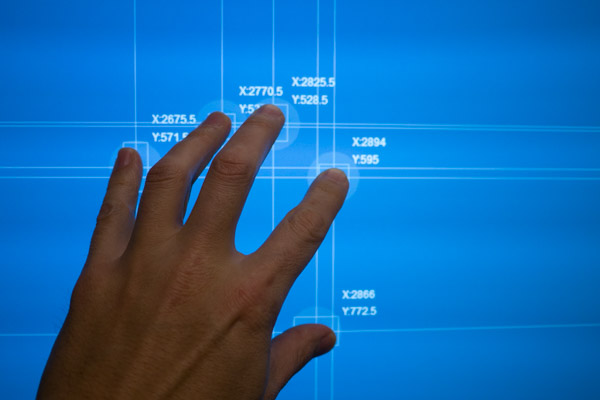 The next group of talented students completed their interaction engineering projects.  In this interdisciplinary course (computer science and design), we think up potential future human-computer interaction techniques based on current research publications. This semester there was a record-breaking set of 12 completed projects. Feel free to check them out by visiting the project website 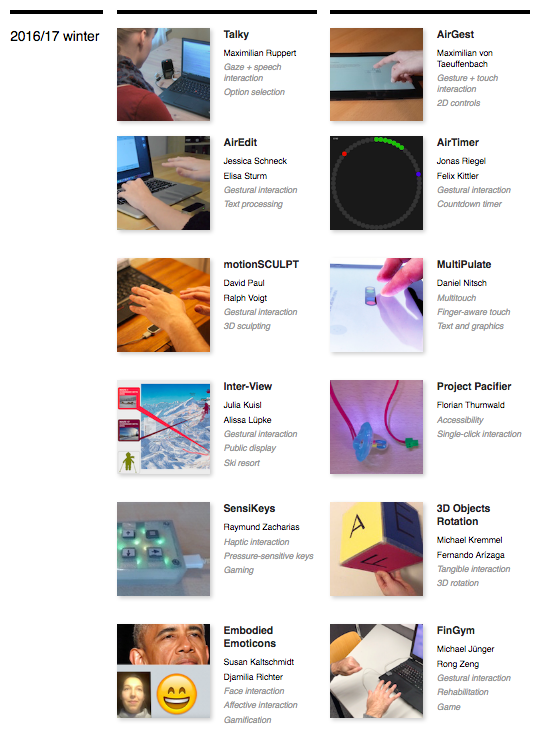 After the inFORM project (see my post from 2013) here is another spectacular research outcome from Professor Ishii’s Tangible Media Group at MIT.

The idea of tangible interaction goes back as far as 1997 when Ishii first formulated his idea of bringing back physical items to human-computer interfaces. He invented physical controls that allows you to manipulate digital data more intuitively.

Pushing this idea a step further Ishii wondered how to bring digital information back into the real world using actuated tangibles that can dynamically show the changes of the digital information. One problem is changing the position of physical controls (e.g. by air, vibration or magnetic control), more challenging is to change the shape of physical controls on the fly. Both inFORM and ChainFORM deal with the problem of changing shape dynamically. 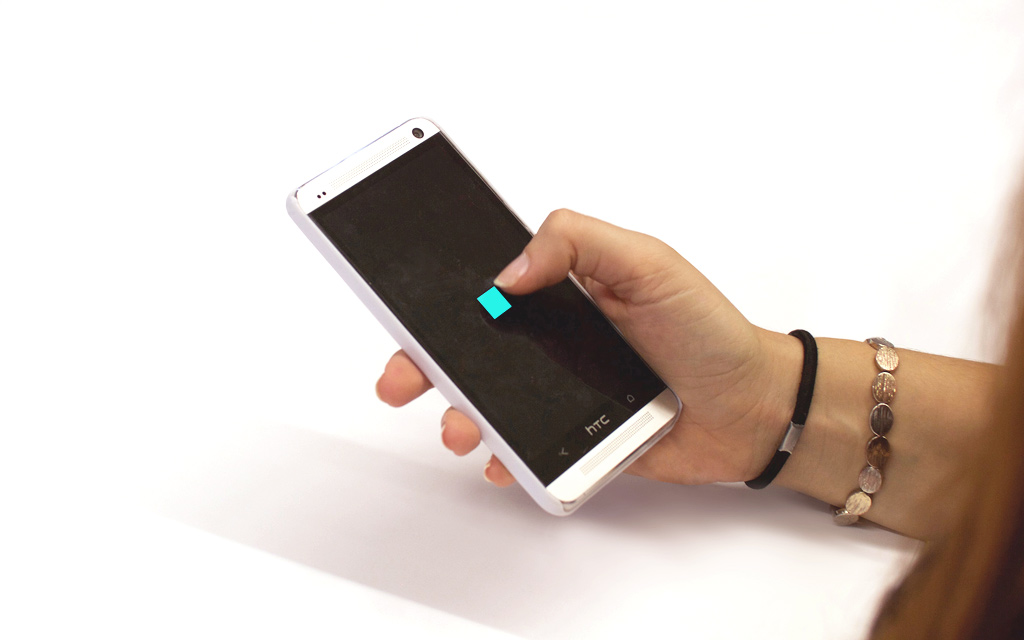 END_OF_DOCUMENT_TOKEN_TO_BE_REPLACED

Another “Future vision” video from Microsoft that contains snippets of older vision videos. In this video, they added a gesture-controlled bracelet/smart watch (0:17) and a 3D holographic display (0:27).

This semester we had quite impressive student projects, both in number and in quality. Check them out under http://michaelkipp.de/interaction/projects 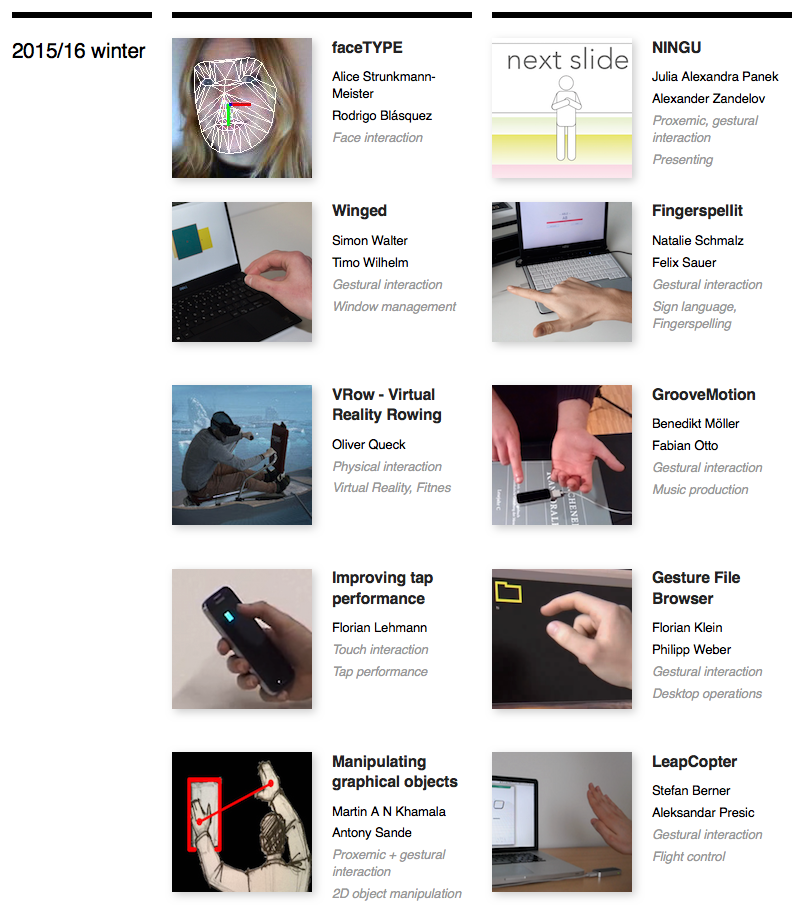 Tatsuya Honda developed a device that translates sound to vibrations (and light), making it possible for Deaf people to react to environmental sounds and even to differentiate between different sounds. The device is worn as a hairclip as can be seen in the video below. It is yet a prototype.