The company “OMG Life” released a camera called “Autographer” that you can wear around your neck and makes a stream of pictures throughout the day, based on sensor readings. The sensors (location, acceleration, light, temperature ..) are used to make the decision whether a moment is “interesting”. 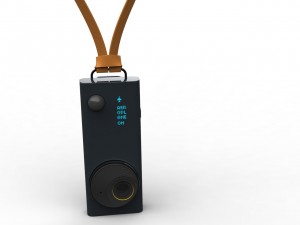 This idea sounds familiar from the MyLifeBits project at Microsoft Research around 2002. The researchers developed a device called SenseCam and published their heuristics to detect interesting moments based on rules (e.g. a drastic change in light may indicate that the user enters/leaves the house). The MyLifeBits project goes further back to 1945 when Vannevar Bush published his vision of the Memex computer system that would store all an individual’s books, notes and other documents and thus extend one memory. Your can read his article “As We May Think” online (July 1945 Atlantic Magazine).

Also see the Autographer homepage and the SenseCam project page.